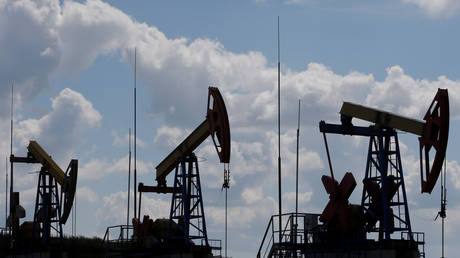 “OPCE+ have decided to maintain oil production cuts of 9.7 million barrels per day for July,” Novak announced following the online meeting of the 13 members of the oil alliance and 10 non-OPEC states. The OPEC+ had initially agreed in April that it would cut supply by 9.7 million barrels per day (bpd) during May-June to prop up prices that collapsed due to the coronavirus crisis. Those cuts were due to taper to 7.7 million bpd from July to December, but for July the terms of the deal will remained unchanged.

One of the reasons for prolonging the agreement were excessive oil reserves, despite supply shortages being expected in the near future, the minister pointed out.

Mexico, which was earlier reluctant to play along and prolong production cuts, remains in the deal, Novak said.

During the online meeting of the largest players on the oil market, it was also decided that Saudi Arabia, UAE, Kuwait and Oman will additionally reduce oil production in July by 1.2 million barrels per day, Azerbaijan’s energy ministry said. Countries such as Iraq and Nigeria, which exceeded production quotas in May and June, were told to compensate by introducing extra cuts between July and September. Russia intends to fulfil its obligations 100 percent in June, with all of the country’s oil companies confirming the cuts, Novak pointed out.

Prolonging the deal till the end of July will allow to reduce risks and decrease oil reserves, he said, adding that the market reacts positively to the OPEC+ deal.

“Demand is returning as big oil-consuming economies emerge from pandemic lockdown. But we are not out of the woods yet and challenges ahead remain,” Prince Abdulaziz bin Salman, energy minister of Saudi Arabia – the de facto leader of OPEC – told his colleagues during the conference.

On Friday, benchmark Brent crude reached $42 per barrel, more than doubling since April. However, it’s still a third lower than its price in late 2019.