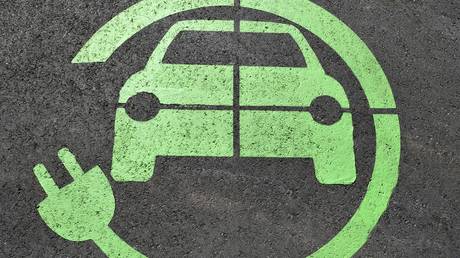 Once again propelling itself ahead in global electric vehicle markets, Beijing has just rolled out a new credit scheme that will essentially pay citizens to make the switch to EVs.

This week the electric vehicle world is abuzz with the news of a new million-mile battery in the works, but another, much less flashy innovation announced this week could have even more sweeping implications for the EV sector. It may not make the sexiest headlines, but a new form of EV credit-trading being tested out in Beijing could revolutionize the way electric vehicle markets function.

“Tesla made about $354 million in Q1 2020 by selling regulatory credits,” Electrek reported this week. “Fiat Chrysler and General Motors, among others, buy billions of dollars in CO2 credits a year to avoid paying fines.” Despite the fact that the Trump administration is in the process of rescinding fuel economy rules that include greenhouse gas credits, Tesla has seen plenty of demand for their credits at the federal level. Even without these greenhouse gas credit sales, “Tesla has made over $2 billion from the sale of environmental credits over the years, but those have mostly consisted of ZEV credits from CARB states – mainly California,” Electrek reported in a  separate article last June.

Also on rt.com
Tesla’s newest rival is taking the stock market by storm


China has clearly been paying a lot of attention to what’s happening with high demand for environmental EV credits in Western markets, and this week the Beijing Environmental Exchange launched “a similar credit system to get individuals to drive an electric car, or avoid driving altogether.” As Electrek explains, “carbon emissions allowances are usually traded by companies. But the Beijing exchange’s mobile app allows individual car owners to create an account and accumulate credits.”

Xinhua Net, China’s state-run news source,  reported this week that this “new carbon-neutral solution provides a market-based incentive to encourage car owners to reduce their driving frequency and allows enterprises to buy emission quotas saved by car owners.” The article also referenced an interview with Wang Huijun, executive vice president of the exchange, who explained that “the average daily carbon dioxide emissions for an electric vehicle is 0.83 kg, while a fuel-powered vehicle with an engine of no more than 1.2 liters discharges 2.58 kg of carbon dioxide on average daily.”

According to Xinhua, he went on to say that “a driver can help cut carbon emissions by 1 tonne if he or she does not drive the car for about 200 days over a three-year period. The municipal authorities hope to bring 1 million car owners in the city to the one-tonne campaign with a target of reducing carbon emissions by 1 million tonnes within three years.”

Essentially, the Chinese government will pay citizens to switch from traditional combustion engines to electric vehicles or not to drive at all. Beijing’s target to convert 1 million of the city’s car owners to participate in the 1 tonne campaign is a lofty goal, but represents fewer than a third of the city’s drivers, as “Beijing was among the 11 cities in China that had over 3 million cars on road by the end of 2019.”

“Using the Beijing Environmental Exchange’s ‘Green Traveler Platform,’ individual drivers would install a smart device to track a user’s emission-reduction behavior,” reports Electrek. “Emissions would be tallied in an account, building up credits. Then, other individuals or companies (including banks and insurance companies) would buy credits for cash.” Participants won’t see a huge influx of cash–in fact they’ll make less than a dollar per day on average. But over the course of the year, participants can make a few hundred dollars or more when these credits add up.

Also on rt.com
Tesla could launch a million-mile battery this year


It’s true that this program isn’t completely novel. As Electrek points out, “Metro Mile and other insurance providers in the US offer similar programs that use connected devices to monitor driving” and Beijing has already had parts of this system in place for a few years, like their auto insurance platform that is used to track driving behavior. But what Beijing launched this week is unique in that it  “not only reduces your insurance bill, it pays you not to drive at all or to get around in a zero-emissions vehicle.”

While Europe is often thought of as the EV headquarters of the world, and Tesla, the world’s most famous EV company, is located in the United States, China is taking over. Beijing has been on the cutting edge of the electric vehicles sector for a while now, and all but controls EV markets. Way back in 2018 Oilprice reported that “China Indirectly Controls EV Markets” because of its near-monopoly at various levels of the supply chain, most notably in the case of lithium ion batteries.

At that time Oilprice reported that “China produces about two thirds of the whole world’s supply of lithium ion batteries, the most common battery type used in electric vehicles. Furthermore, these highly valuable batteries make up a staggering 40 percent of the cars’ value. As it stands, Europe is far from being able to compete with China when it comes to the production of lithium ion batteries. In fact, currently the entire continent is estimated to hold just 1 percent of the market.” Because of this, EV companies around the world are moving their entire production to China.

This credit trading market innovation is just another way that Beijing is securing its place at the forefront of the EV sector.

This article was originally published on Oilprice.com